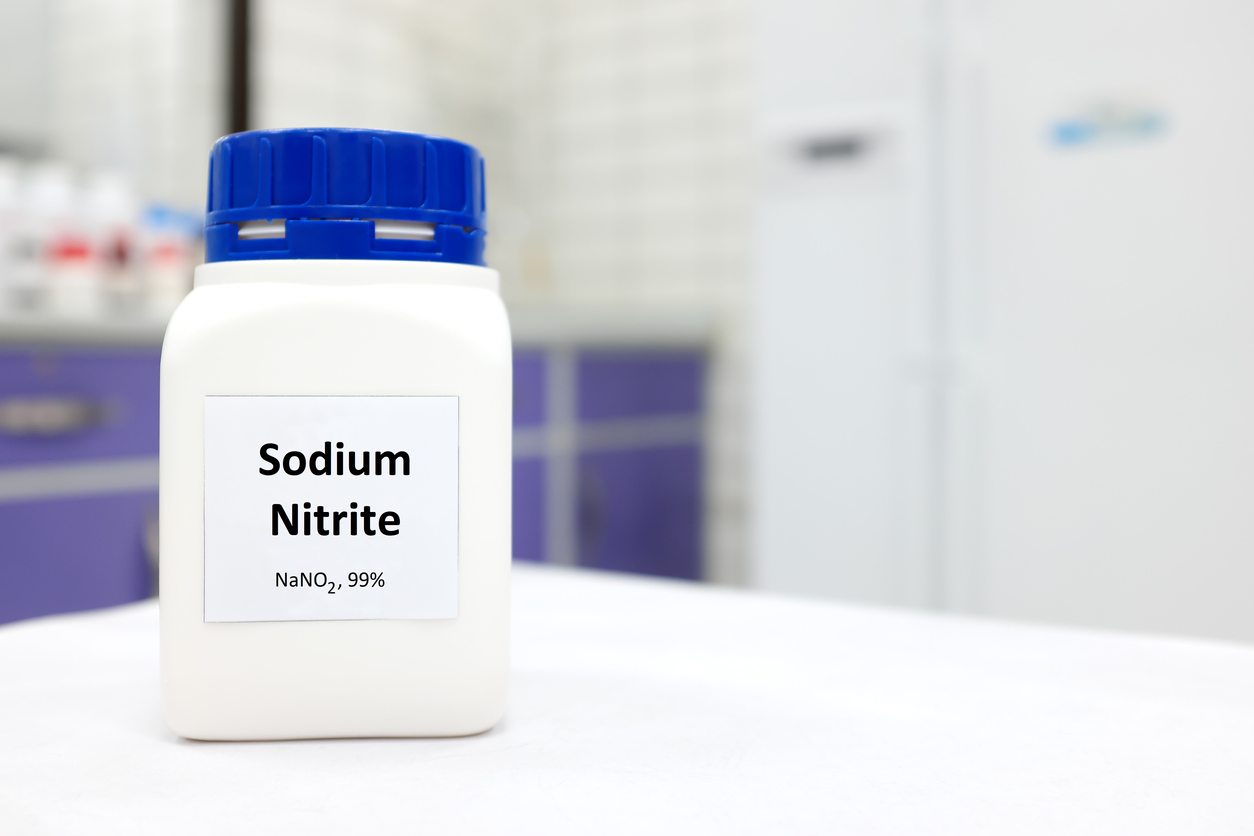 Within the last several years, poison control centers have received significantly more calls regarding the purposeful ingestion of sodium nitrite. It’s a method of suicide that has become more frequent due to the ease of information and accessibility for many, especially young adults.

What is Sodium Nitrite?

Sodium nitrite is a white crystalline powder.  If someone ingests enough of this substance, it can interfere with the body’s red blood cell’s ability to transport oxygen.  This dangerous and potentially fatal condition is called methemoglobinemia.

What is Sodium Nitrite Used For?

Sodium nitrite is used for a variety of reasons. It’s a common preservative often used in cured meat to preserve its shelf life. It can also be used for automotive maintenance, animal control, and as part of the treatment for severe cases of cyanide poisoning.

Across the U.S. poison centers are receiving frightening numbers of reports on self-poisoning with nitrites and nitrates. In 2021, they have seen a 166 percent increase in fatalities in comparison to 2018. Since 2018, people have had increased accessibility to sodium nitrite. It’s easy to find online nitrite vendors with recommendations that can easily reach online communities who can use it as an effective method of suicide.

This product has gained attractiveness through online suicide forums. These forums share information on how to obtain sodium nitrite and even step-by-step instructions on how to use it for suicide. Local poison centers have records that explicitly state that patients researched this method of suicide in an online blog or forum. The records also show that half of these patients obtained sodium nitrite online.

Since this product has a variety of uses, it remains easily accessible to purchase. The combination of access to detailed instructions and buying may contribute to the steady increase in suicides by sodium nitrite.

How Likely is it to Survive Sodium Nitrite Poisoning?

Accidentally swallowing sodium nitrite is rare. Poisonings most likely occur from intentional ingestion. It’s important to note that the survival rate depends heavily on the amount ingested, but the toxicity of sodium nitrite is a significant concern. Reports show that nearly 15 percent of nitrites and nitrates self-poisoning cases have ended in death since 2018. And 88 percent of individuals require care in healthcare facilities.

What are the Signs of Sodium Nitrite Poisoning?

Sodium nitrite can cause methemoglobinemia. Signs and symptoms of this condition include:

Warning signs are not always obvious, but it’s good to know what to look for if you believe suicide is a concern.

By learning how to see these warning signs you can notice when someone’s at risk and what you can do to help.

How to Help Someone Experiencing Thoughts of Suicide

It can be scary learning that a friend or a loved one is thinking about suicide. But there are ways to reach out to them. You can be the difference in helping that person get the help they need.

If you encounter someone who has attempted suicide by way of poisoning or overdose, call 911 immediately. Then call the Missouri Poison Center at 1-800-222-1222 for additional assistance as you wait for medical attention to arrive. If you require support or guidance for helping another, call the Suicide Prevention Hotline at 1-800-273-8255 to find out what resources are near you.