POISON ALERT: TRICYCLIC ANTIDEPRESSANTS -Still toxic after all these years. 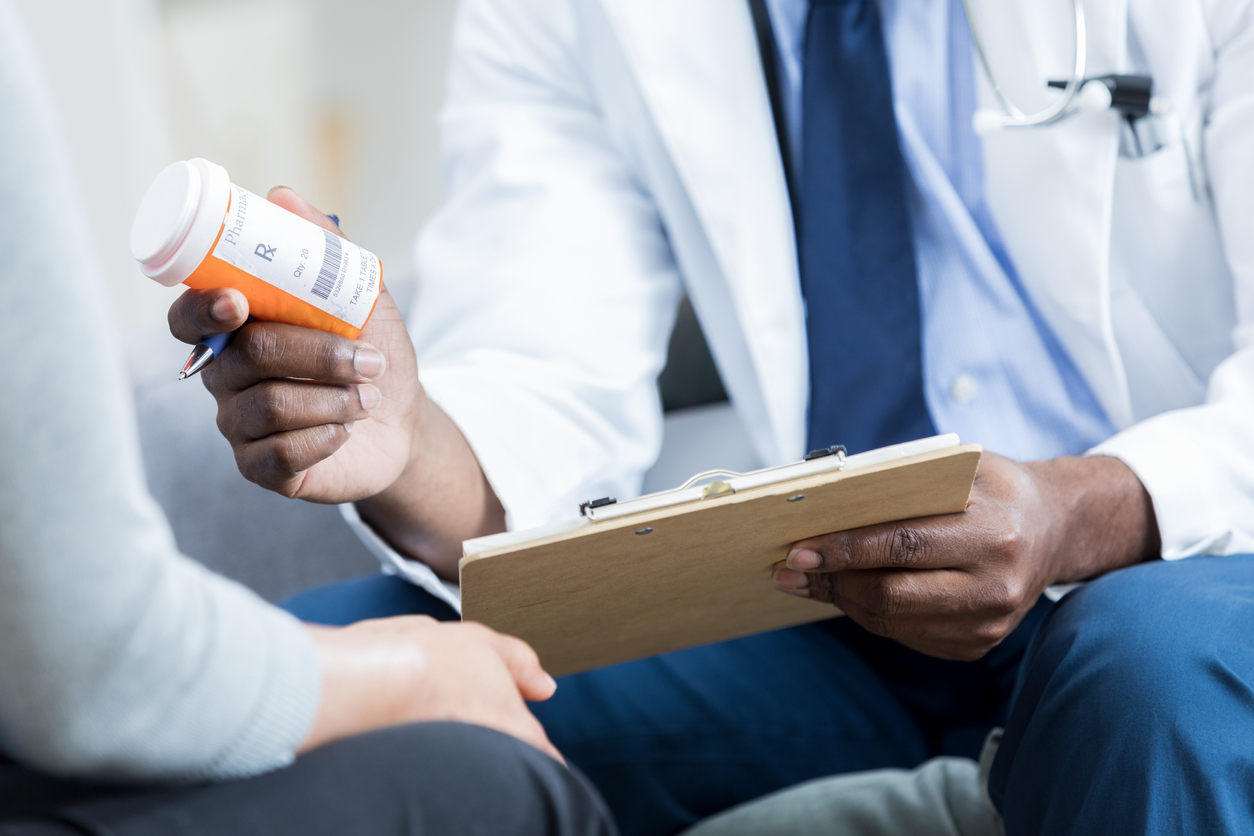 The tricyclic antidepressants imipramine (1958) and amitriptyline (1961) were among the first therapeutic agents for depression. These highly effective drugs revolutionized treatment of depression from a purely psychodynamic approach to one that modulated neurochemistry. Six additional tricyclic antidepressants (TCAs) were eventually approved and the entire class became the gold standard for treatment of depression for decades. However, only 1-2 years after initial approval, reports of severe toxicity and deaths from TCAs in overdose began to appear in the literature.  Newer classes of chemistry with less severe toxicity, such as the SSRIs, have since supplanted TCAs as first-line drugs. However, TCAs are still used as antidepressants, and are also used therapeutically for neuropathic pain, anxiety, migraine prophylaxis and insomnia.  And, they still produce significant toxicity in overdose.

Tricyclic antidepressants act on multiple neurotransmitters and receptors.  They inhibit reuptake, thereby increasing synaptic concentration of serotonin and norepinephrine, which are the primary contributors to the antidepressant effects.  They also block many postsynaptic receptors which cause the well-known adverse effects. These include antihistamine/sedative, anticholinergic, and alpha 1 and alpha 2 adrenergic blockade effects.  In overdose, blockade of sodium channels and certain potassium channels poses risk of seizures and ventricular arrythmia.

Tricyclic antidepressants are available as immediate-release formulations with variable pharmacokinetics.  The time to peak blood concentration and duration of action depend on the agent, and they generally have prolonged half-lives. Some have active metabolites which extend duration of action.

The mechanisms of TCA toxicity include block of sodium channels and certain potassium channels in excitable tissues in heart and brain as well as alpha-blocking, anti-muscarinic and antihistamine effects. Sodium channel block leads to widened QRS, reduced contractility, and increased risk for arrhythmia. This is referred to a “quinidine-like” or “membrane depressant” effect and is also the reason TCA overdose can cause seizures.  Slower repolarization due to impaired activation of potassium channels may manifested as QTc prolongation.

In general, the key symptoms of TCA overdose can be summarized by the “Three C’s + A”:

Management is largely symptomatic and supportive, depending on patient presentation.  Early intubation can be considered in large overdoses when severe toxicity in anticipation of the rapid onset of coma and respiratory depression. 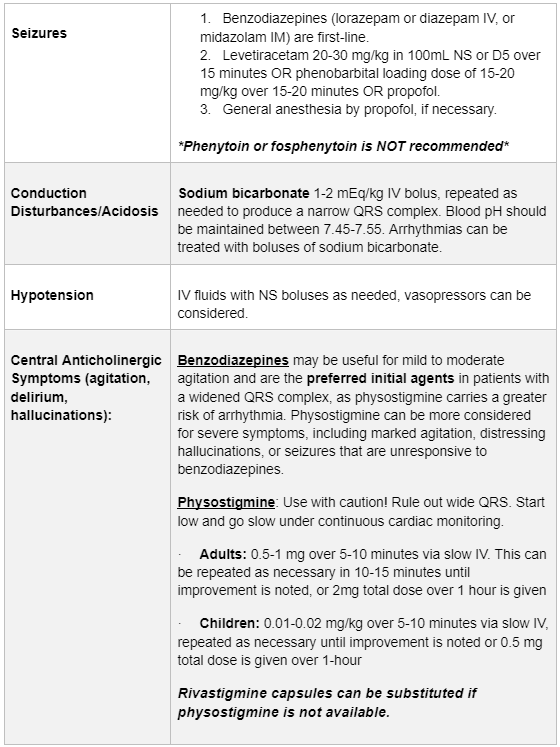 Some medications are specifically NOT recommended in patients with TCA toxicity, which include Class 1a, 1c and III antiarrhythmics, beta blockers, calcium channel blockers, flumazenil and phenytoin/fosphenytoin. These agents may enhance cardiotoxicity or propagate further seizure risk.

A minimum of 3 hours of observation are recommended for onset of symptoms of toxicity. Patients that develop significant symptoms (EKG changes, sedation, anticholinergic effects) should be admitted for monitoring/treatment for a minimum of 24 hours or until symptoms resolve.

Tricyclic Antidepressant overdoses can decline rapidly and may be difficult to manage. Our advice is to call the Missouri Poison Center at 1-800-222-1222 where specially trained nurses, pharmacists, and medical toxicologists can provide you with the most up-to-date management advice on common and uncommon exposures.