Armadillo – The Little Armored One 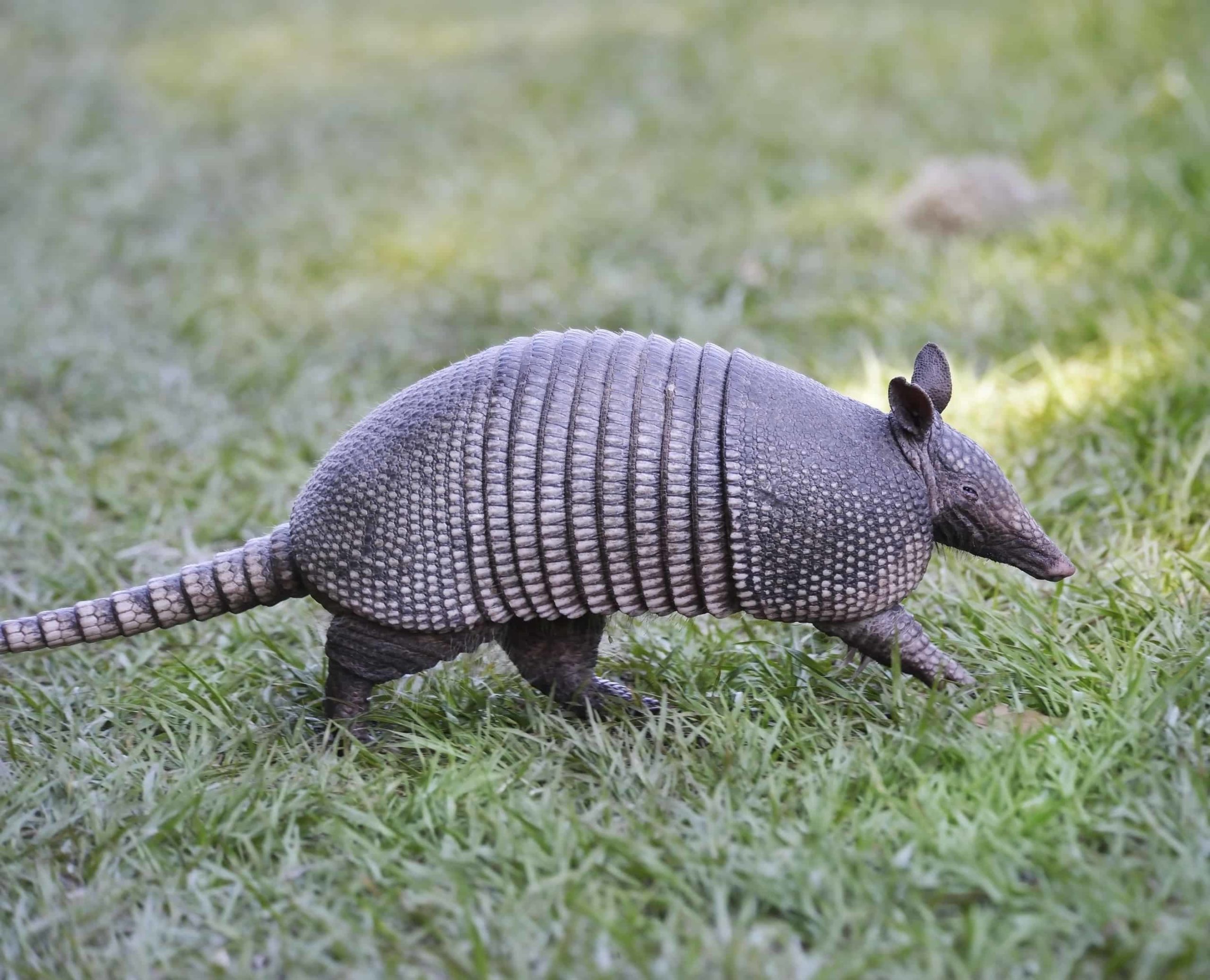 If you are traveling on Missouri highways this summer, you may pass by some unusual “road-kill”.  Armadillos have expanded beyond their typical southern habitat and are now seen in southern Missouri, with some sightings as far north as the Missouri-Iowa border.  Reasons for their habitat expansion are unclear, but some point to milder winters which suits this cold intolerant species well.

Armadillos are nocturnal and non-aggressive animals, sleeping during the day deep inside their burrows, and appearing at night to dig and forage for food.  They can be a big nuisance for homeowners because of their natural tendency to dig deep tunnels, which can be located under existing structures, such as sidewalks, AC units, fuel tanks or the foundation of the home.  With less dirt underneath, cracks or even collapse of the structure can occur.  Because of the threat of extensive damage, homeowners want to remove armadillos from their property, and this is when most contact between people and armadillos can occur.

Although the armadillo is not aggressive, it is a wild animal that can potentially spread disease to humans if handled or eaten.  As with any wild animal, armadillos can transmit rabies, although this is very rare.  The most interesting fact about these creatures might surprise you:  armadillos are one of relatively few species with a low enough body temperature to host the leprosy bacteria.  While this may sound alarming, actual cases of leprosy transmitted from armadillos are extremely rare. Leprosy, which is also known as Hansen’s Disease, cannot be passed on just by being near an armadillo, there must be physical contact with the body fluids of an armadillo. Even then, the risk for transmission is very low. So before you start to worry, consider these facts:

The best way to avoid contracting the leprosy bacteria from an armadillo is to keep your distance.

For any questions or concerns, call the Poison Help line at 1-800-222-1222. Specially trained nurses and pharmacists are available 24/7/365 to answer your questions. The service is free and confidential.