What is Kratom? Which of Your Patients Might Be Using It? 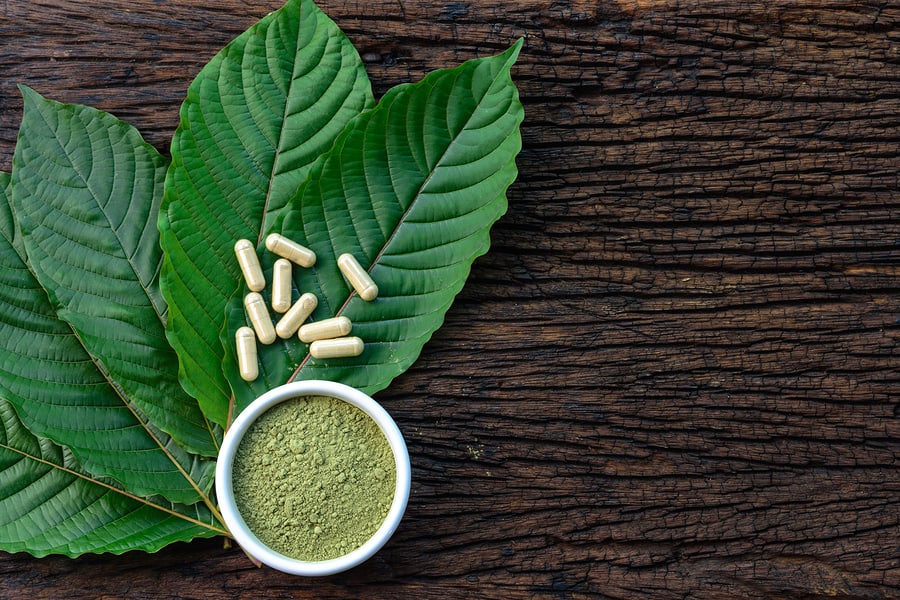 Two million Americans have Opioid Use Disorder (DSM-V), showing a pattern of opioid use leading to problems or distress. One distinguishing characteristic is experiencing withdrawal and taking opioids (or a closely related substance) to relieve or avoid withdrawal symptoms.  Another is craving – the intense desire for repeated opioid use.  Conventional medical treatment tackles these characteristic problems by opioid substitution therapy with methadone or buprenorphine;  naltrexone to reduce craving and attenuate pleasurable effects; or alpha 2-adrenergic receptor agonists such as clonidine or lofexidine to reduce withdrawal symptoms.

A growing number of patients are attempting to manage their Opioid Use Disorder without medical guidance by seeking unregulated or illegal treatment options.  One readily available option is an herbal product named kratom.

Kratom is quite active pharmacologically, and has shown itself to be problematic with accidental overdoses, drug interactions, and long-term use causing its own dependence issues.  It has become a recreational drug of abuse for some and a therapeutic option for others.

Mitragyna speciosa, commonly known as kratom, is a Southeast Asian tree whose leaves have been used for centuries to alleviate fatigue, pain, cough, diarrhea and to treat opium addiction.  Although kratom is illegal in many countries, it is readily available in the U.S. at herbal stores, head shops, gas stations, and via the internet.  Kratom leaves can be chewed, smoked or ingested, used to brew tea, chopped and packed into capsules or compressed into tablets.  Powders, resins, extracts and concentrates are also available.

Kratom is an atypical opioid with non-opiate effects.   There are 40 identified alkaloids in kratom which give it its complex pharmacology.  Its two main mechanisms of action are related to opiate agonism and monoamine neurotransmitters.  The primary  active compounds are mitragynine and 7-hydroxymitragynine, which stimulate mu and delta opiate receptors.  Delta activation attenuates the intense euphoria and respiratory depression associated with high-dose opioids.

Other effects include CNS stimulation mediated by boosts in adrenergic, dopaminergic, serotonergic action to caffeine or cocaine, and the quieting autonomic effects of alpha-2 receptor agonism similar to clonidine.

There is additional concern that kratom alkaloids inhibit several of the cytochrome P450 enzymes responsible for metabolizing many prescription drugs, and may increase their toxicity.  CYP 2D6 appears to be the most inhibited, with implications for many psychiatric and cardiac medications.

WHICH PATIENTS ARE USING KRATOM?

Kratom is not detected on routine urine drug screen.  Inquiry about the use of herbal products such as kratom during clinical interview may elicit a positive response and introduce a discussion. Put kratom on the differential diagnosis for patients presenting with a mixed picture of CNS depression and stimulation, or for patients with substance abuse issues who present with altered mental status.

Despite reports of beneficial effects, no systematic clinical trials have been done in humans to establish safety and efficacy.  Concerns over standardization, quality control, and adulteration of kratom are major concerns in the U.S.  Although the DEA has attempted to place mitragynine in Schedule 1, there has been effective pushback from kratom supporters and members of the scientific and public health communities, who cite potential benefit in the opioid crisis.  Several states have taken action to ban it or restrict its sale.  Kratom is currently legal to sell, possess, and use in most U.S. states, but that could change rapidly in the future.

If you suspect that kratom is contributing to your patient’s condition,  we recommend a call to the Missouri Poison Center to discuss the case with our advanced practice nurse and pharmacist Specialists in Poison Information at 1-800-222-1222.