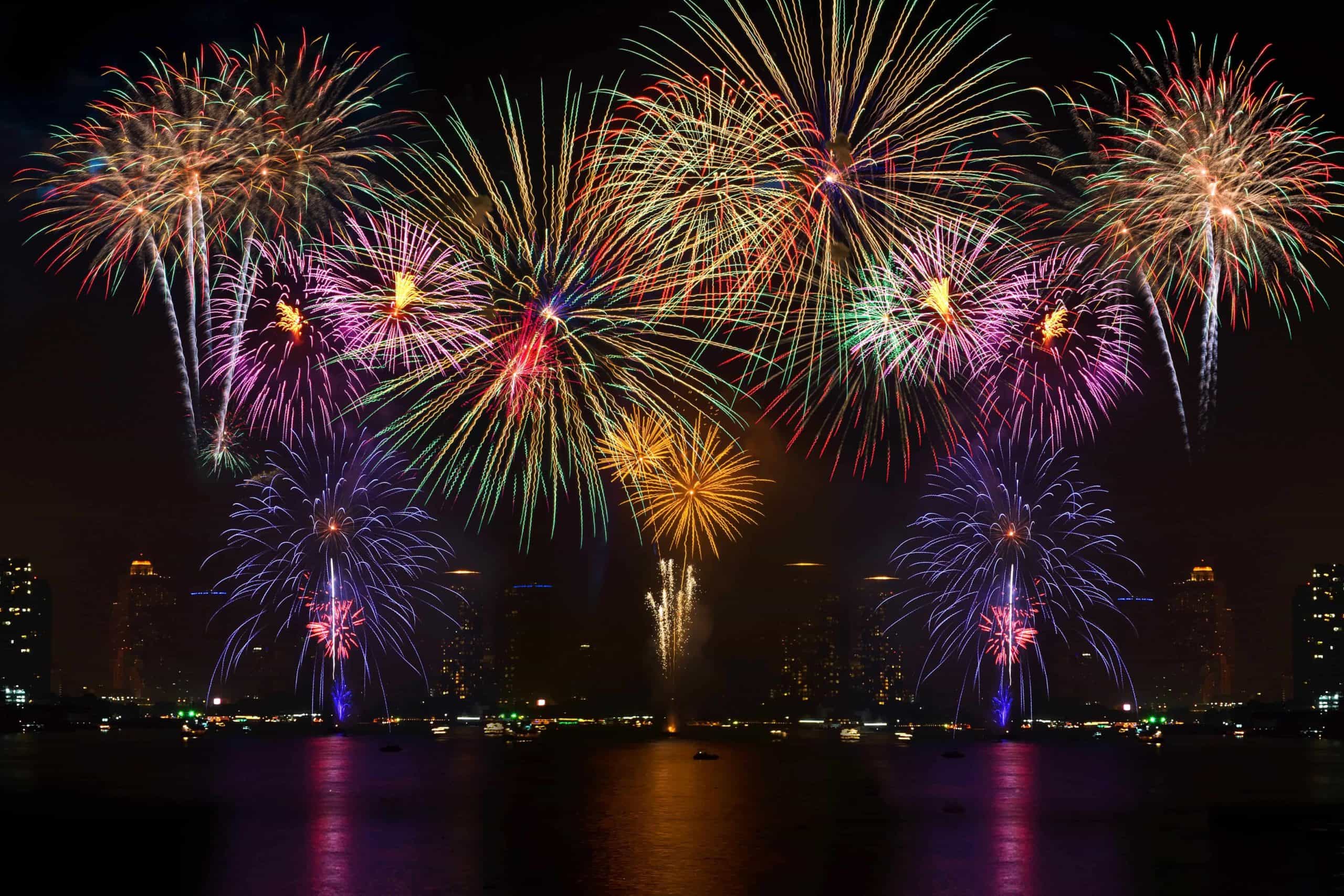 Preparations for the Fourth of July holiday are accompanied by dangers related to fireworks. In addition to burns and injuries to the eyes or limbs, poisonings may also result from fireworks. Adults may not consider fireworks appetizing, but some children find them appealing enough to chew or swallow.

What Are Fireworks Made Of?

Most fireworks, such as firecrackers, roll caps and Roman candles, are relatively low in toxicity. Others, like sparklers, are completely nontoxic. The possibility of toxicity from fireworks is very minimal because of the low concentrations of most of the chemicals. Any of the following ingredients may be in the various fireworks.

Oxidizing agents are chemicals which promote a fire in the presence of heat and a fuel source. The most common oxidizing agents found in fireworks are potassium nitrate, potassium chlorate, barium nitrate and potassium perchlorate. The nitrates and chlorates can be toxic if taken in large amounts, but quantities of these products in a particular firework is usually low. Both families of chemicals result in methemoglobinemia if taken in sufficient quantities. The chlorates may be renal toxic. Clinical effects may include: nausea, vomiting and diarrhea, abdominal pain, tachypnea and hypotension (due most likely to the nitrate salts). Toxicity ranges from 50-500 mg/kg or 5-60 mL of some of the chemicals depending on formulations. Some are insoluble in water which also decreases toxicity.

Binders are products which keep the fuels and oxidizing agents in close proximity and allows the components to be formed into the various shapes, i.e. firecracker, sparklers, etc. Fuels are chemicals which are energy sources to sustain a fire, usually in the presence of an oxidizing agent. The most common binders and fuels are charcoal, petroleum, fossil gums, resins, gelatin, shellac, glue, starch, iron powder, stearin, lampblack, sugar, lead nitrate, sulfur and lactose. Most of these chemicals are either low in toxicity or nontoxic. Again, the quantities of any one agent in a firework are small.

The intense colors of fireworks are due to the combustion of various salts of heavy metals to produce light. The heavy metals are often insoluble and thus practically nontoxic. The amounts of the more toxic salts are very small and would result in toxicity if they are ingested on a chronic basis or in an extraordinarily large amount.

Roll caps for toy guns or rockets contain substances similar to gunpowder (charcoal, potassium nitrate, sulfur), antimony, amorphous phosphorus and gums. Each cap may contain as little as 4 mg/cap of potassium chlorate. They are of low toxicity.

Black snakes contain carbon and a small amount of sulfur, arsenic, or barium. They are often considered nontoxic by the manufacturers, but there have been cases of hospitalizations following ingestion. In one case, a 3 year-old boy ingested three arsenic containing snake fireworks. He started vomiting within 30 min and became obtunded within one hour. He recovered within several hours after supportive care in a hospital. Another case report describes a 35 year-old patient who developed dysrhythmias and hypokalemia after a large ingestion. The patient also recovered with supportive care. Case by case assessment is recommended.

Gold sparklers are made of barium nitrate, gum, paste, chalk, dextrin, iron, and aluminum. Red and green sparklers contain potassium perchlorate but are insoluble in water. Sparklers are considered nontoxic.

The Missouri Poison Center also receives many calls around this time of year about children consuming glow-in-the-dark toys, such as glow worms, snakes, necklaces, or glow sticks. These soft plastic tubes come in various sizes and fluorescent colors. They are frequently sold at circuses, fairs and other children’s productions. The ingredients are considered relatively nontoxic, and the small amount of fluid in each tube adds to its safety. Glow sticks contain dibutyl phthalate which can cause a stinging and burning sensation if splashed in the eye and can be irritating to the skin.

The treatment for ingestions of fireworks is conservative and usually only requires symptomatic and supportive care. Gastrointestinal decontamination for prevention of absorption is unnecessary for amounts available in these products.

In the eye, the chemicals in fireworks cause only local and minimal irritation to the eye. Most serious damage is caused by the heat and propelling of the particles into the eye during the firework explosion. The exception is white or yellow phosphorus which causes severe ocular irritation with blepharospasm, photophobia, and lacrimation. Particles of white phosphorus are caustic.

We encourage persons who suspect any kind of poisoning to first call the Missouri Poison Center. We can check individual listings for types of fireworks in our database and can manage most of the poisonings at home. Have a safe and happy Fourth of July!