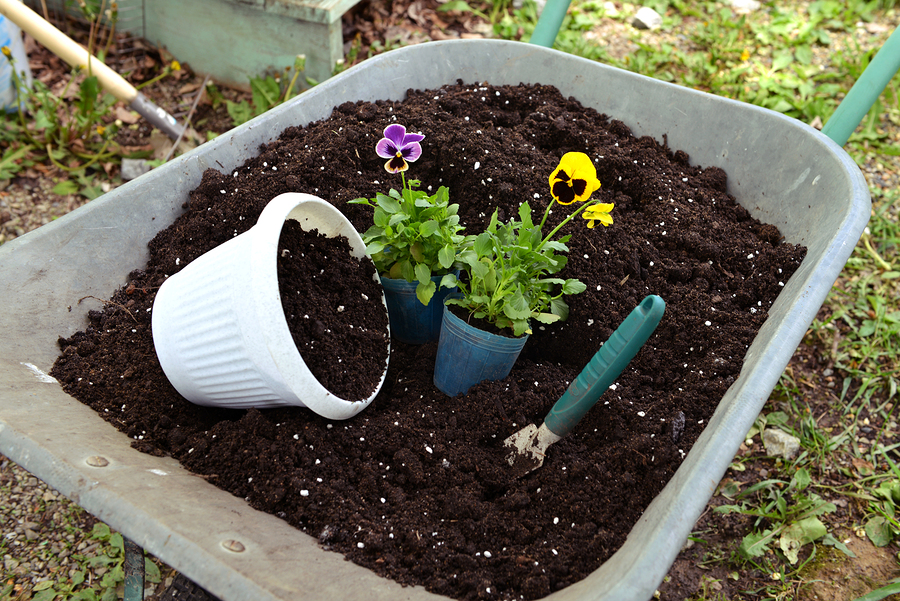 Has your child swallowed potting soil? We have the information you need!

Potting soil is used to grow plants, vegetables and herbs in containers. Most commercially purchased potting soils have been sterilized in order to inhibit the growth of weeds and plant-borne disease. The soil contains a variety of ingredients such as peat moss, composted bark, sand, and usually perlite or vermiculite. The perlite and vermiculite are naturally occurring substances that resemble small, white Styrofoam balls, and are added to aerate the mix and to help retain moisture.

Children love to dig in the dirt to explore. The poison center often receives calls where a toddler has been found with a houseplant and there is evidence of the potting soil in their mouths. Eating the potting soil usually involves taking in only small amounts, and it can be mildly irritating to the stomach. There is a possibility that the child could choke on any pieces of the soil remaining in their mouths. Usually, a small amount of potting soil does not cause any symptoms.

If you find your child eating potting soil, do not panic. Take it away from them, wipe out the mouth with a soft, wet cloth and give them some water to drink. If problems start or you have questions, call the Missouri Poison Center right away at 1-800-222-1222. The poison center is open all day, every day for poisoning emergencies and questions.

Take The Missouri Poison Center With You

Emergencies don’t wait for you, so you shouldn’t have to wait to call for help. Get the Missouri Poison Center app with poison information and a link to the Poison Help Line. It is just a click away during the most stressful moments. Our registered nurses and pharmacists are here 24/7/365 days a year to help guide you through poison exposures and overdose emergencies.