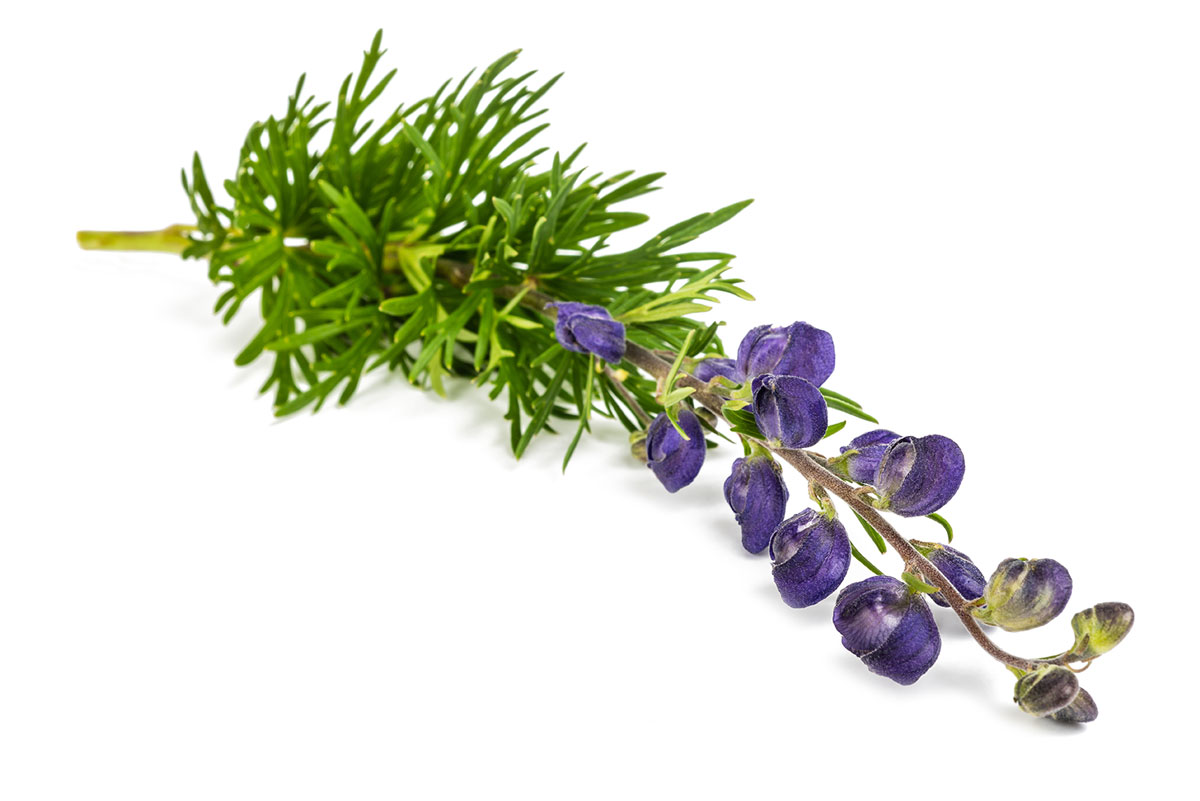 1. Wipe or rinse out the mouth to remove plant material.

2. Give a serving size of water to drink.

3. Rinse any exposed skin with lukewarm water and soap.

**Note: Don’t forget, every case is different. To make sure you are getting the best information for your individual situation, click below to call or chat. It is fast, free, and confidential.

What is monkshood, and is it safe? What part of monkshood is poisonous?

Monkshood (aconitum napellus) is a perennial wildflower that usually grows near mountain meadows in Europe and Asia, but there have been rare reports of it growing naturally in Missouri. It has large blue, purple, white, yellow, or pink flowers. The monkshood flower is cylinder-shaped and looks like a hood that a monk would wear, thus the reason for its name. Another name for monkshood is wolfsbane because people used it as poison bait for wolves. People have used monkshood in herbal medicine to treat various ailments such as nausea and vomiting, viruses, and joint and muscle pain. All parts of the plant contain a toxin called aconitine, with the roots having the greatest concentration. Sometimes the plant leaves are eaten after boiling. However, some of the toxins will remain even after prolonged boiling.

If you or someone you know has ingested Monkshood, call the Missouri Poison Center immediately at 1-800-222-1222, where specially trained nurses and pharmacists can assist you.

Take The Missouri Poison Center With You

Emergencies don’t wait for you, so you shouldn’t have to wait to call for help. Get the Missouri Poison Center app with poison information and a link to the Poison Help Line. It is just a click away during the most stressful moments. Our registered nurses and pharmacists are here 24/7/365 days a year to help guide you through poison exposures and overdose emergencies.