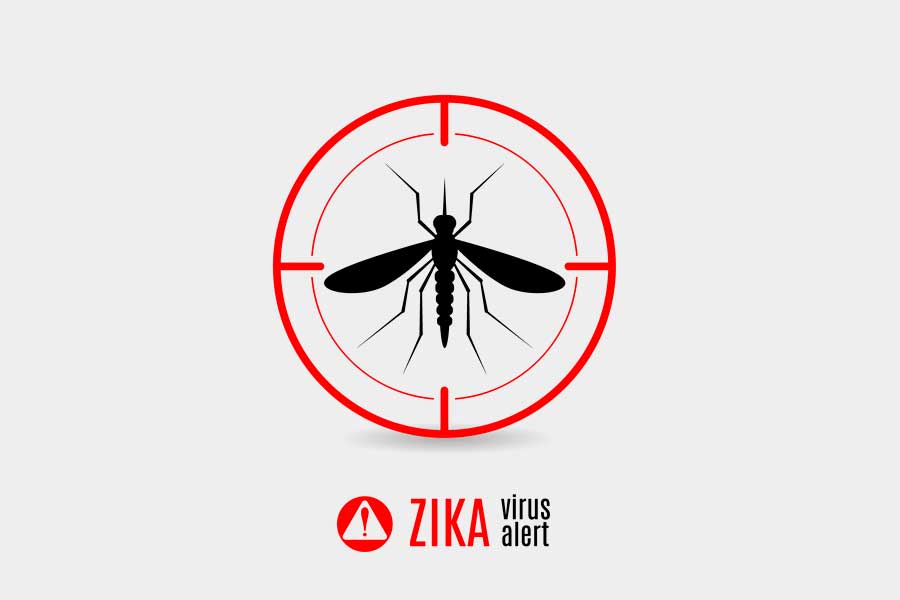 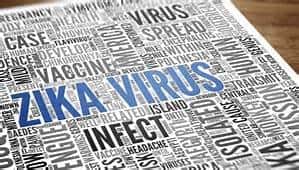 The Zika virus has been in the news with alarming pictures of infants with tiny, soft-ball sized heads, and reports of the mysterious paralytic illness, Guillain-Barré. The virus is carried only by certain types of mosquitoes, which are here in the United States. Right now, there is no Zika virus outbreak in the U.S., although there are two neighborhood in Miami where mosquitoes have transmitted the virus. Public health officials are watching closely. With the mosquito season of warm, wet weather fast approaching, take a minute to become familiar with this new virus and how to enjoy your summer without worrying about Zika infection.

Zika virus was first found in the Zika forest in Africa in the late 1940’s. It kept a very low profile until two recent outbreaks in the South Pacific that infected a majority of these island populations. Since 80% of those who got the virus from a mosquito bite did not get sick in the slightest, no one realized that the virus was hopping on airplanes to travel to other warm countries, courtesy of the human carriers.

Zika virus has now made a major appearance in Brazil and other southern countries where conditions are right for spreading it. Zika needs both a supply of the Aedes mosquitoes that carry it from person to person, and also a supply of infected humans to keep the ball rolling.

Supply of the Aedes Mosquitoes LIMITED

The Zika virus is primarily transmitted by the bite of only one type of warm-climate mosquito, which has the scientific name of Aedes aegypti. The United States has two species of Aedes: the aegypti is limited to the Gulf region and Deep South. The other species has a larger range covering the eastern half of the country, except the far northern states. It has distinctive black and white stripes on its body, so it is sometimes nicknamed the “tiger mosquito”. Aedes are quite at home in the hustle and bustle of the city, and are found wherever humans make their home. They typically bite during the day, especially in early morning and at dusk, but can also bite at night.

Missouri is home to the tiger mosquito, among about 50 other kinds of mosquitoes, so we do have a supply of Aedes mosquitos. On the other hand, we enjoy mosquito-free air-conditioned buildings and we have excellent outdoor mosquito-control programs in place, which minimize the mosquito part of the risk.

A Supply of Infected Humans NO

After a person is bitten by a guilty Aedes mosquito, the Zika virus first incubates between 3 days and 2 weeks, and the person is considered infected. At some point in the infection, whether the person gets symptoms or not, Zika virus swarms in the person’s bloodstream. If another mosquito then bites the person whether they have symptoms or not that mosquito can “catch” the virus from the person’s blood and can now transmit the virus when it bites. You can see how rapidly the virus is then able to spread: a mosquito infects a person, the person infects a mosquito, and that mosquito is able to potentially infect any number of people in a vicious cycle.

We don’t have a Zika virus outbreak in the United States right now, because we do not have a supply of infected people. America has had approximately 1200 cases of Zika virus infections, but these people did not get the virus from the local mosquitoes. They had either personally traveled to an area where the virus is actively cycling between the mosquito and human populations, or had sexual relations with someone who had been there.
The situation has recently changed in the Miami area in Florida, because 50 people have been infected by the local mosquitoes. The areas of risk are confined to two small neighborhoods one in Miami Beach and one right across the bay from it.
Missouri has had 18 cases of Zika virus infection all of them travel-related. We do not have a risk of Zika virus transmission by mosquito bite here in Missouri, or the rest of the United States, except for a part of Miami, Florida.

Only 20% or so of people infected by Zika get mild symptoms of fever, itchy rash, red eyes, joint pains in the hands and feet, muscle aches, pain behind the eyes, and headache. It is usually not bothersome enough to see a doctor. The large majority are totally fine despite the virus presence in their bodies. If it is such a minor illness, why all the alarm and media attention?
Zika becomes a potentially serious issue when a pregnant woman is infected. The virus can reach the fetus, and has been linked to a serious birth defect of the brain and skull called microcephaly (tiny head).

Zika infection also is suspected of increasing the risk of an auto-immune nervous system condition called Guillain-Barré syndrome. This is a relatively rare complication following certain infections. It makes the person’s muscles progressively weaker over 2-3 weeks. The illness can become quite severe and need hospitalization, although most people completely recover.

To reduce risk of Zika

To keep personal risk low, travelers to areas where Zika virus is transmitting need to take steps to protect themselves from mosquito bites while they are there. The CDC recommends that pregnant woman should avoid travel to Zika-related areas, if at all possible.

To keep family and community risk low, all people returning from travel to an area where the virus is transmitting have to assume they have been bitten and are potentially able to infect a mosquito when they get home. Whether they have had symptoms or not, all such travelers need to prevent mosquito bites for 3 weeks after returning. They also should not donate blood for 4 weeks after returning.

A man who has returned from travel, and either had or develops Zika symptoms, can transmit Zika to his sex partners and is advised to use a condom for every sexual encounter. If the partner is a pregnant woman, a properly-used condom is a “must” until the baby is born.

Currently, there is no risk of locally-contracted Zika virus. If this changes, public health officials will update their advice about the risks and who should limit outdoor activity or use insect repellent to avoid mosquitoes locally. In the meantime, enjoy the Missouri great outdoors as usual.

As always, the poison center is available 24-7 to answer any questions that you may have with the Zika virus at 1-800-222-1222..
Sources used for this information provided by weblink.