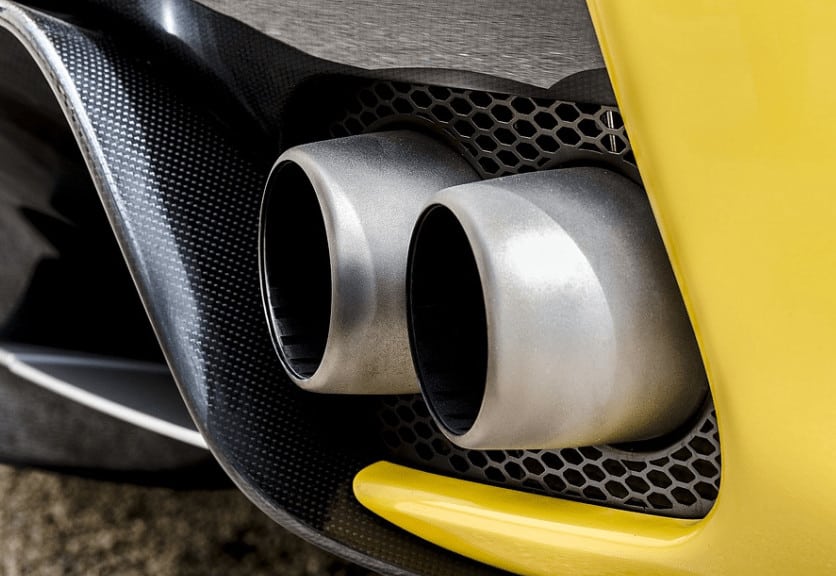 You knew it for the Board exam….but do you know it when you see it?

Carbon monoxide (CO) is a tasteless, odorless, colorless, non-irritating gas that gives no warning of its presence until animals and people become ill.

Although the majority of serious poisonings occur in suicide attempts and smoke-inhalation fire victims,  other accidental CO exposures account for an estimated 15,000 emergency room visits and 500 deaths nationwide each year.

CO is a risk when most fuels are burned with insufficient oxygen along with insufficient fresh-air exchange to dissipate it.  Combustion of gasoline, natural gas, propane, coal, wood, charcoal, tobacco or anything else containing carbon can produce CO.

CO exposures rise during cold weather because portable generators, space-heaters, fireplaces, furnaces and other home-heating systems are in use. These join the frequent-player lineup of sources of non-intentional, non-fire CO exposure, such as indoor use of engine-driven tools, charcoal grills, and malfunctioning gas-powered appliances, and motor vehicles.

In the patient history, screen for recent initiation of fuel-burning heat sources, especially if symptoms are recurring in the same environment or with a discernable periodicity or pattern,  or multiple people in the location at the same time develop similar symptoms.

An unexpected source of CO poisoning is the solvent methylene chloride, which is a common ingredient in paint strippers. Under conditions of poor ventilation, the vapor burden in the indoor work area can increase to unsafe levels.

After airborne methylene chloride is absorbed through the lungs, it is subsequently metabolized in the liver to carbon monoxide.  Peak carboxyhemoglobin levels and toxic symptoms can be delayed up to 8 hours, making it difficult for patients to associate illness with their prior use of the paint stripper.

Misdiagnosis of CO toxicity occurs because of the non-specific presentation of mild-moderate exposures, most commonly headache, dizziness, nausea, weakness, malaise, fatigue and shortness of breath. These are features of many viral illnesses which are prevalent November through March.

Children can become symptomatic with headache and dizziness before the exposure is sufficient to affect adults. Moderate to severe acute CO poisoning may present with an acute coronary syndrome. Chronic low-level exposure may present only as confusion, memory difficulties, or other subtle neuropsychiatric disturbances.

After systemic absorption, CO binds to hemoglobin with high affinity, producing carboxyhemoglobin    which not only reduces oxygen-carrying capacity but also impedes oxygen unloading in the tissues.

CO binding affinity is even greater for myoglobin in cardiac muscle cells, depriving the tissues of their proximate oxygen source, and accounting for the high risk of cardiac complications of CO poisoning, including hypotension, ischemia, and arrhythmia.

Although there is definitely a component of hypoxia in severe carbon monoxide poisoning, it is clear that there is also distinct cytotoxicity occurring as well. For example, the classic pounding headache is due to CO-induced cerebral vasodilation, which is not a hypoxia-driven symptom.   Residual neuropsychiatric dysfunction is likewise not a hypoxia-driven condition.

Research shows that carbon monoxide is produced by normal metabolism and has complex actions as a signaling molecule involved in vasoregulation and in curtailing inflammation, cell proliferation, and apoptosis.  Drugs that release CO to locally deliver very low amounts are under intense investigation as therapeutic agents.

Excessive exposure to exogenous CO impairs the normal operation of the CO signaling system, which produces immune-mediated injury, oxidative stress injury, and apoptosis primarily in the brain and cardiovascular system.

Cherry red skin is not a regular feature of CO exposure but occurs only in fatal CO poisoning due to the near-total replacement of oxyhemoglobin by the brighter-red carboxyhemoglobin.  Most patients exposed to CO have normal or pale skin color.

Patients who recover from severe poisoning with coma can develop delayed neuropsychiatric impairment days to weeks later. Aftercare with a neurologist is recommended. Impairment does not completely resolve in all patients.

Fetal hemoglobin has a higher affinity for CO such that fetal carboxyhemoglobin levels are usually 10 to 15% greater than maternal levels, and the elimination half-life is prolonged up to 3.5 times that of the mother.  It is important to continue oxygen therapy in pregnant women for an extended period to protect the fetus.

Workup starts with a carboxyhemoglobin (COHb) measurement, the biologic indicator of CO exposure. If the patient is significantly symptomatic or has a high COHb level, other testing might include baseline metabolic panel, CBC, lactic acid, hepatic transaminases, creatine phosphokinase, and an electrocardiogram.

Some newer, non-invasive oximeters can accurately estimate COHb and are adequate to confirm exposure.   If noninvasive testing is not available, a venous blood sample can be analyzed for COHb in the clinical laboratory by a co-oximeter to confirm exposure in the majority of hospital settings.  Arterial blood gas is not necessary unless there is another indication for one.

Symptoms are thought to begin at a COHb level of 10%, although this is so highly variable that the COHb level is not a reliable indicator of clinical severity, outcome, or response to therapy.  Variables that influence the level include the time since the exposure, any oxygen administered prior to obtaining blood, and whether the patient is a smoker.  Normal COHb levels in nonsmokers range up to 2-3% due to endogenous CO production, while baseline COHb levels in smokers can be as high as 10-12%;   approximately 2 to 3% elevation for each pack-per-day smoked.

Other than indicated supportive care, standard therapy is 100% oxygen by face mask to hasten removal of CO from the blood and tissues.  The half-life of COHb with 100% oxygen therapy decreases to about an hour, whereas on room air the half-life is 6 -7 hours.   Four to six hours of 100% oxygen is adequate to eliminate carboxyhemoglobin in most cases.

Infants, children, and pregnant women should be treated with oxygen therapy even at modestly elevated COHb levels of 10% to 15% for 4 to 6 hours.

Patients who present with COHb levels in excess of 25%, neurologic signs regardless of COHb level, abnormal EKG, shock, or other cardiovascular impairment, or metabolic acidosis should be admitted, treated with oxygen, and monitored for a minimum of 24 hours.

Otherwise, clinically stable patients can be discharged after 4 to 6 hours of oxygen therapy.  Repeated venous carboxyhemoglobin measurement is not necessary in every case.

The role of hyperbaric oxygen remains controversial.  It is not considered a standard of care although it is typically considered for a patient who has lost consciousness due to CO poisoning, or whose measured carboxyhemoglobin exceeds 40%.

Most hospital facilities do not have a chamber and a hyperbaric medicine specialist, thereby necessitating patient transfer.  While HBO therapy is pending, the patient should be maintained on 100% oxygen by face mask and otherwise rendered appropriate supportive care.

Oxygen delivered at 3 atmospheres reduces the half-life of carboxyhemoglobin even further to approximately 20-30 minutes.  Although HBO is proposed to attenuate the risk of delayed neuropsychiatric symptoms when compared to 100% normobaric oxygen by face mask; this has been difficult to prove.

Complications associated with HBO therapy are minimal.  The most common is middle ear barotrauma, which occasionally necessitates myringotomy.  Some patients experience claustrophobia while in the chamber.  Vomiting, aspiration, and tension pneumothorax have been reported during decompression.

Pregnancy is not a contraindication to HBO treatment.

The Missouri Poison Center stands ready to consult on evaluation and management of exposures to carbon monoxide, including referral to hyperbaric oxygen centers if needed.  Specially-trained and experienced health care professionals are just a phone call away at 1-800-222-1222.