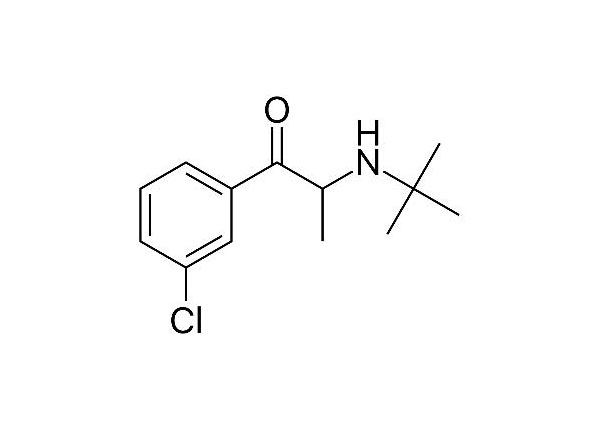 It should come as no surprise that bupropion (Wellbutrin®, Aplenzin®, formerly Zyban®, others) can cause serious symptoms in overdose. It is used to treat depression and to reduce cravings in smoking cessation, obesity, and other substance use disorders. Off-label indications include ADHD and bipolar disorder. In 2020 to date, the Missouri Poison Center has seen 143 self-harm attempts involving bupropion; 40% of these cases in teenagers. Internet drug abuse forums offer advice on recreational abuse by ingestion, intravenous injection, and insufflation of crushed tablets. Overdoses can be complicated, but the Missouri Poison Center has the most up-to-date treatment recommendations to ensure the best patient care.

Bupropion is essentially a prescription cathinone, a class of drugs more familiarly known as “bath salts,” whose structure and mechanism are similar to amphetamines. It enhances activity of both dopamine and norepinephrine by inhibiting reuptake, but has only a weak effect on serotonin. In fact, it is the only antidepressant that boosts dopamine. Because dopamine receptors are involved with addiction and craving, the enhanced dopamine effect may blunt cravings for nicotine, food, and other substances. It is also an antagonist at cerebral nicotinic-acetylcholine receptors which may help with smoking cessation.

Notice how closely the chemical structure of bupropion compares to cathinones and amphetamines. Because of this, bupropion can test as a false positive for amphetamines on some urine drug screens.

Bupropion kinetics are complicated, especially in overdose. The duration of toxicity is prolonged because it has at least 3 active metabolites that have longer half-lives than the parent molecule and retain 20% to 50% of its activity. It is also a strong inhibitor of CYP2D6 which may lead to drug-drug interactions.

– Benzodiazepines are the first-line treatment for excited states such as significant agitation and hallucinations. Haloperidol IM or IV can be added to the benzodiazepine for extreme agitation with psychotic behavior that is being fueled by excessive dopamine action. Other options include dexmedetomidine and propofol if symptoms are refractory to first-line therapy.

In very large overdose, it is often not a matter of if they will have a seizure but when they will have a seizure. Even at therapeutic doses, there is a small seizure risk. The higher the dose, the higher the risk for seizure so that approximately 30% of overdose patients experience seizures. Multiple discrete seizures may occur, and some patients develop status epilepticus. Seizures are caused by accumulation of the active metabolites, which is why seizures can be delayed up to 32 hours post ingestion and prolonged observation is necessary. Secure the airway early in patients with significant CNS toxicity.

Benzodiazepines are the first-line treatment for seizures. Second-line therapy includes levetiracetam OR propofol OR a loading dose of phenobarbital (less ideal due to possible hypotensive effects). If seizures persist despite these measures, the patient may require general anesthesia. If paralysis is also needed, bedside continuous EEG monitoring is recommended.

– *EARLY CLUE* The toxic symptom of vomiting is due to dopamine effects in the CNS and can indicate a significant ingestion, which poses an increased risk of seizures.

Tachycardia is the most common CV symptom, occurring in almost every case. The most significant cardiac risks include prolonged QT, wide QRS, and ventricular arrhythmias. Cardiogenic shock has been reported after very large overdose, and some patients have been treated with VA-ECMO. Place patients on continuous cardiac monitoring and obtain serial EKGs.

– Hypotension: Use standard therapy of IV fluids with boluses as needed, and vasopressors if necessary.

– Wide QRS: Some patients may not respond to sodium bicarbonate boluses. There is limited evidence in animal models to show bupropion does not actually block sodium channels, which is the typical mechanism for drug-induced widened QRS. Instead, bupropion may block cardiac gap junctions, which may also explain case reports of refractory hypotension.

– Recurrent or Unresponsive Arrhythmia: If the patient is refractory to standard ACLS therapy, lipid emulsion may be considered as a rescue therapy (off-label), although data are conflicting. Adverse effects include acute pulmonary injury and interference with some laboratory tests. Consult with the Missouri Poison Center for recommendations.

Although the mechanism is not fully understood, bupropion overdose can lead to hypokalemia as with beta-adrenergic stimulation. GI effects may include dry mouth, nausea, vomiting.

In toxic overdose, identify which formulation was ingested to determine approximate observation time. In confirmed overdose of an IR (Immediate release) formulation, patients should be monitored for up to 6 hours for any seizure activity. In confirmed SR (Sustained Release) or XL (Extended Release) formulations, seizure onset can be delayed due to the sustained production and accumulation of active metabolites. These patients should be observed for at least 12-24 hours. If unable to confirm the formulation, consider using the longest observation period to ensure seizure risk has passed.

Bupropion overdoses can be difficult to manage with the combination of cardiac and central nervous system effects. Our advice is to call the Missouri Poison Center at 1-800-222-1222 where our specially trained nurses, pharmacists, and medical toxicologist can provide you with the most up-to-date management advice on common and uncommon exposures.