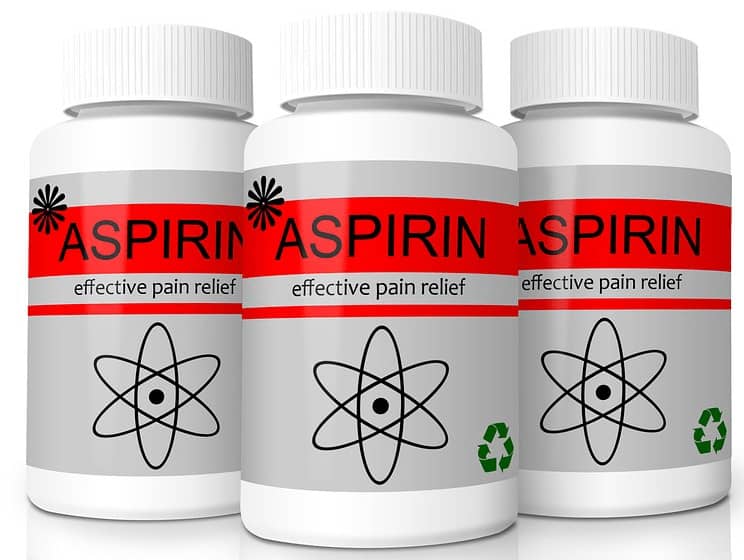 The use of aspirin as a pain reliever and antipyretic has declined over the years with the increased use of acetaminophen and NSAIDs and the historical association of aspirin and Reye’s Syndrome in children. The discovery, however, that aspirin can decrease the incidence of coronary artery disease has led to its increased use by many U.S. adults. Based on recent data published in the American Journal of Preventive Medicine, one-half of adults surveyed aged 45-75 years-old reported regular aspirin use. As a result, health care professionals should be familiar with the signs and symptoms of aspirin overdose.

Initial effects of overdose may include nausea, vomiting, tinnitus, and hyperventilation.  A mixed respiratory alkalosis (from hyperventilation as a result of respiratory stimulation) and anion gap acidosis may also be present.  Other metabolic changes may include hypernatremia, hypokalemia and hypoglycemia.  Severe toxicity can result in seizures, coma, arrhythmias and non-cardiogenic pulmonary edema. Both acute and chronic toxicity may be associated with coagulopathy.

What Are the Mechanisms of Aspirin Toxicity?

Aspirin has a direct effect on the respiratory center in the brain leading to hyperventilation. The body responds to hyperventilation by having the kidneys produce more bicarbonate and excrete more potassium which leads to an elevated anion gap metabolic acidosis.  Metabolic acidosis is also a result of accumulation of lactate, pyrvuvate and other organic acids that occurs as a result of the inhibition of the Krebs cycle. This inhibition of the Krebs cycle and uncoupling of oxidative phosphorylation lead to increased heat production and hyperthermia.  Cellular energy crisis further ensues.  Hypoglycemia results from altered carbohydrate metabolism.  Nausea and vomiting may result because aspirin is a direct gastric irritant, and aspirin decreases the production of prostaglandins which normally provide protection to the gastric mucosa.

What Does the Salicylate Level Mean in Overdose?

In acute overdose, plasma aspirin concentrations between 10-30 mg/dL are considered therapeutic and greater than 30 mg/dL are associated with toxicity.  A single serum level is not that helpful.  Repeat aspirin levels, monitoring the pH of the blood and the patient’s clinical status are much more useful. While aspirin levels are often detected within an hour of ingestion, keep in mind that the peak serum aspirin level may not occur until approximately 6 hours after the ingestion.  In addition, enteric coated tablets, the formation of bezoars (or concretions) in the GI tract, and pyloric stenosis may be present, which may delay the peak even longer.  Serum salicylate levels should be obtained every 2 to 4 hours until there is a trend downward, the patient’s clinical status is improving and the acid-base abnormalities are resolving.

NOTE: If a patient is acidotic, the risk of serious toxicity is greater, no matter the aspirin level. Why?  Acidosis increases the amount of aspirin entering the cells.

What Treatment Options Are Available for Aspirin Overdose?

The goal of aspirin toxicity management is to minimize the CNS aspirin concentration and to facilitate aspirin excretion.  Urinary alkalinzation with sodium bicarbonate is the best way to enhance renal elimination of aspirin. By increasing urinary pH (goal: urine pH 7.5-8.5), the more ionized form of aspirin predominates making it difficult for aspirin to enter the CNS. A lower pH increases the fraction of salicylate that is able to enter cells, which boosts toxicity. A higher pH favors movement of salicylate out of the cells, which reduces toxicity.

NOTE: Hypokalemia must be corrected for urinary alkalinization to be effective.

In severe aspirin overdose, hemodialysis is warranted. It can rapidly remove aspirin from the blood and correct acid-base and electrolyte disturbances.  In therapeutic doses, aspirin is a highly protein-bound drug (~90%).  However, in overdose situations, the protein binding becomes saturated leading to more free aspirin in the blood to cause toxicity.  This free aspirin is what warrants the use of hemodialysis.

CAUTION: Assisted hyperventilation is not an adequate substitute for sodium bicarbonate therapy for acidosis. Initiation of intubation and mechanical ventilation pose great risk for a seriously salicylate-poisoned patient.  Many deaths occur within minutes to hours of the procedure. Even a temporary rise in pCO2 can initiate transfer of salicylate into the tissue.  The sudden decrement in energy production, especially in the brain, can cause precipitous cardiovascular collapse and death. Intubation should not be performed unless the patient is in respiratory failure with hypoxemia and falling pH. Prophylactic intubation is contraindicated. The most experienced person available should perform the procedure.

The Missouri Poison Center stands ready to consult on salicylate exposures.  Specially-trained and experienced health care professionals are just a phone call away at 1-800-222-1222.