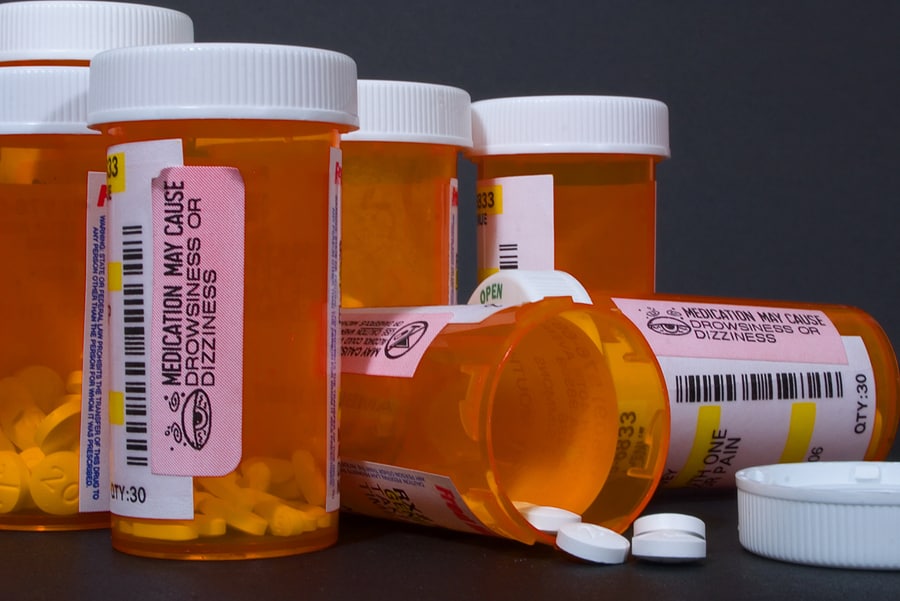 Second-generation antipsychotics (SGA) include aripiprazole (Abilify®), quetiapine (Seroquel®), risperidone (Risperdal®), olanzapine (Zyprexa®) and ziprasidone (Geodon®). They were originally called “atypical neuroleptics” when introduced in the 1990s because they had an “atypical” side effect profile compared to the long-used, first-generation antipsychotics (FGA) such as haloperidol and the phenothiazines. SGA have similar efficacy with fewer extrapyramidal side effects and have largely supplanted the FGA. These medications are among the most commonly prescribed drugs to treat mental health disorders including schizophrenia, bipolar disorder, depression, and irritability secondary to autism. They are very commonly involved in adult overdoses reported to US poison centers.

Second-generation antipsychotics are antagonists at the D2 and 5-HT2 receptors. The unique feature that sets them apart from FGA is binding to 5-HT2 receptors at a higher affinity than at D2 receptors. Strong serotonin antagonism serves to normalize dopamine levels in the synapses. This happens because there are serotonin receptors on nerve axons that encourage release of dopamine into the synaptic cleft at the nerve terminus. When these receptors are antagonized, less dopamine is released. The agents also bind loosely to the D2 receptor (i.e., higher dissociation constant). Because of lower synaptic dopamine levels due to serotonergic binding, and higher dissociation of dopamine from its receptor, SGAs have a lower incidence of extrapyramidal symptoms (EPS) compared to FGAs. SGAs also are able to better treat the so-called “negative” symptoms of schizophrenia, such as apathy, withdrawal, and blunt affect. There are also actions at other dopamine and serotonin receptors, along with anti-α1-adrenergic, anti-histamine, and anti-muscarinic effects. This provides some variation in mechanism and therapeutic uses among the agents.

NOTE: A newer SGA, pimavanserin (Nuplazid®) does not block dopamine receptors. This makes it useful in Parkinson patients who are already short on dopamine and cannot be given a regular antipsychotic medicine if they develop hallucinations, paranoia, and thought abnormalities.

Overall, SGA overdoses can cause CNS depression, orthostatic hypotension, and sinus tachycardia. Some agents may cause QTc prolongation, which is usually clinically insignificant in individuals with healthy hearts because tachycardia is protective against this arrhythmia. Risk of Torsades can be evaluated by plotting heart rate and QT interval from the same EKG on the QT nomogram. The CNS effects may include: drowsiness, somnolence, dizziness, headache, agitation, insomnia, slurred speech, ataxia, and tremors. Sedation can be prolonged; serious cases may exhibit coma. In rare cases, seizures may also occur.

Although EPS is less common with atypical antipsychotics when taken as prescribed, abnormal drug-induced movements may occur in overdose. Extrapyramidal symptoms include acute dystonic reaction, akathisia, increased muscle tone, tremor and impaired swallowing. Of note, neuroleptic malignant syndrome (NMS) is very rare and generally less severe if it does occur.

The table below shows the kinetics and relative adverse effect profile of the various SGA agents.

There is no specific antidote; treatment is symptomatic and supportive:

Second generation antipsychotic overdoses can be challenging to manage with the combination of cardiac and central nervous system effects. Our advice is to call the Missouri Poison Center at 1-800-222-1222 where specially trained nurses, pharmacists, and medical toxicologist can provide you with the most up-to-date management advice on common and uncommon exposures.